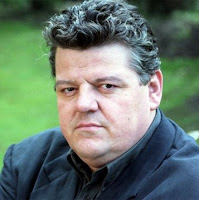 Premise:  Eddie "Fitz" Fitzgerald is a chain-smoking alcoholic with gambling debts and a looming divorce from his long-suffering wife. He berates colleagues, defies authority figures, and struggles as a parent. However, Fitz (Robbie Coltrane) is also a brilliant psychologist that can probe into the darkness of the criminal mind--a skill that has made him invaluable to the Greater Manchester Police. He first gets involved in police investigations when a former student is murdered and the victim's mother asks for his help. After Fitz discovers the identity of the killer, DCI David Bilborough keeps him on a retainer for consultation services. Fitz and Bilborough frequently clash, such as when the DCI asks Fitz not to discuss a murder and the psychologist does so on a nationally televised talk show. Fitz sometimes works with DS Jane Penhaligon (Geraldine Somerville) and they eventually become lovers.

Running Time: 50-120 minutes. Most of the cases span multiple episodes.

Status:  Cracker ran for five seasons comprised of 25 episodes. Seasons 1-4 were shown in 1993-1996. The final "season" consisted of a single episode shown in 2006. The series can be streamed on Acorn TV and is also available on DVD in the U.S.

Production Notes:  Cracker is an acclaimed television series that earned Robbie Coltrane three consecutive BAFTA Awards as Best Actor (1994-96). The series also won as Best Drama in 1995 and 1996. Screenwriter Jimmy McGovern, who created Cracker, won two Edgar Awards from the Mystery Writers of America for his work on the show. In 1997, Cracker was adapted for U.S. television with Robert Pastorelli in the title role. That series only lasted 16 episodes.

Our Review: Cracker is not a traditional detective show. As in Columbo, the murderer is often revealed to the audience in the first installment of a multi-episode case. The plot then shifts back and forth between the investigative team and the criminal--with subplots focusing on Fitz's personal life. Cracker features strong acting and quality scripts, but it's a dark TV series that may not appeal to those who enjoy escapist detective fare. Personally, I found it grim and depressing--and more character study than mystery.

Email ThisBlogThis!Share to TwitterShare to FacebookShare to Pinterest
Labels: Cracker